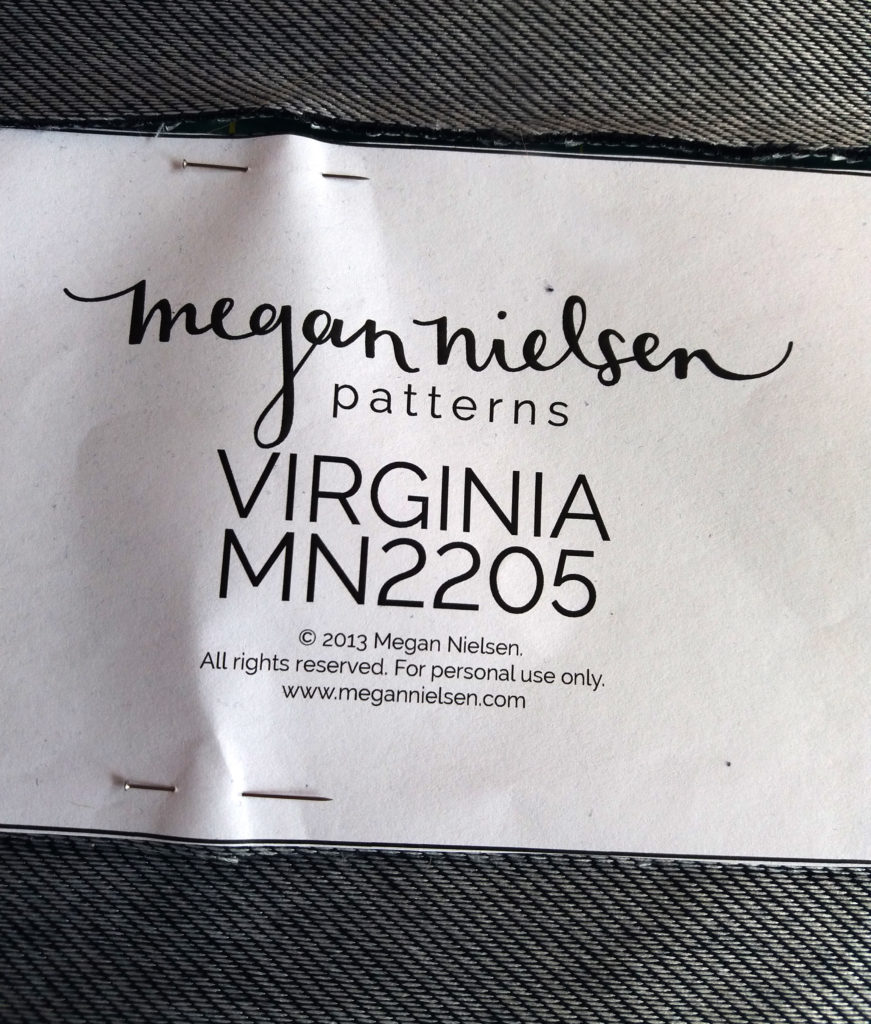 I missed the #sewmystyle March project share last Sunday as March flew by at an alarming rate!  I set aside time this week to catch up instead.

It turns out that Megan Nielsen’s Virginia Leggings are very fast to make!  I am a slow dressmaker, but I managed to make them in a few hours including cutting time (I stuck the pdf pattern together on a different day).

I did tack it all together – minus the waistband – to ensure that the stretch on the fabric was enough before going onto the overlocker.  I think if I made them again though, I would reduce the seam allowance a little as I chose denim twill style fabric which may not be as stretchy as other choices.

I struggled a bit with stitching through the waistband and the elastic – one side looks wrinkled while the other looks beautifully neat – but it doesn’t really show when I’m wearing them.

The amount of fabric I bought was a lot more than I needed.  On the plus side, it means that I can make another pair with slightly smaller seams and perhaps try out the cat knee patch variation!

So far, I’m finding that the patterns in #sewmystyle are quick and enjoyable.  i’ll be interested to see if the next 3 months will be similar!